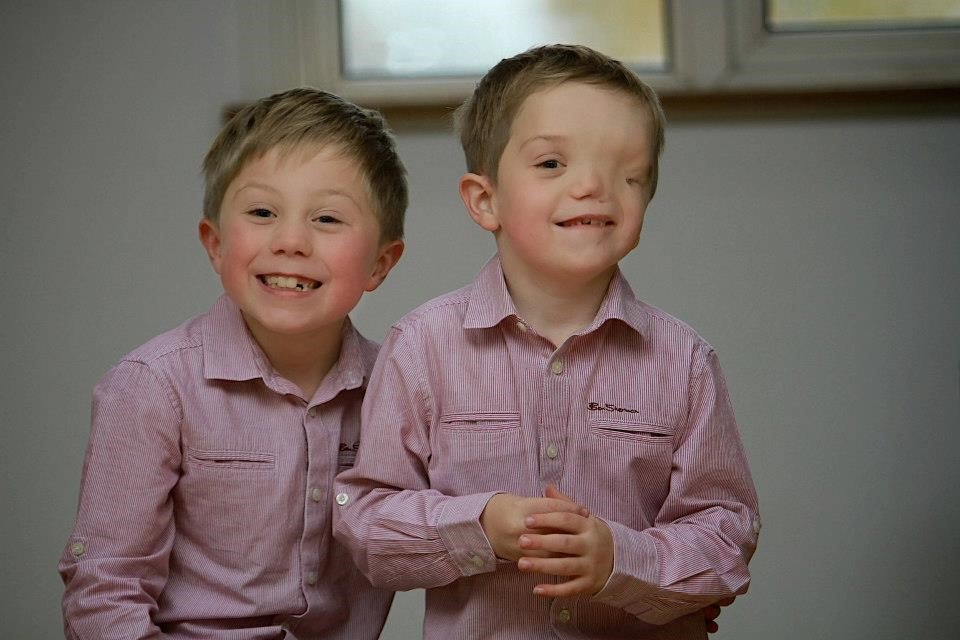 You may or may not know that my son Harry was born with a facial disfigurement called Goldenhar Syndrome in 2005. For him, this meant that he was born with no eye, eye socket, ear, nostril and a short, underdeveloped jaw all on his left-hand side. 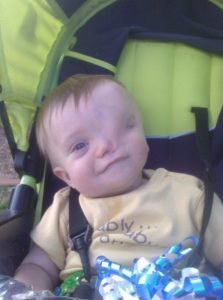 Life hasn’t been easy for Harry or for the rest of our family as he has had countless surgeries and procedures while we watch on helplessly.

He regularly encounters staring, pointing, whispering and laughing from other children and is no stranger to attracting a crowd who flock for their own amusement and curiosity.  The vast majority of children simply can’t understand why Harry looks the way he does but as soon as I answer their questions, they are content to leave him in peace and even engage in a conversation with him which never fails to melt my protective, weathered heart.

But it’s not all bad news. I wanted to share three reasons why having a facial disfigurement has actually helped Harry and will continue to do so for the rest of his life.

First of all, Harry is also autistic and functions cognitively a lot younger than his chronological age. He is impulsive, loud and a flight risk most places we go. He has no concept of danger, social norms or personal space so if you are in between him and a Vtech toy you can expect to be barged out of the way as he storms past. 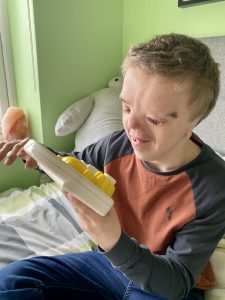 This type of behaviour is common for children with autism, and I know from talking to their parents, my friends, that their children’s behaviour is often interpreted as naughty or rude. At best, people can roll their eyes or mutter under their breath. At worst, strangers find it acceptable to publicly question parenting styles or share their unsolicited opinions. One look at Harry and people seem to be more forgiving, understanding, open minded of his behaviours. It’s as if they need to SEE a reason to explain his behaviours. His facial disfigurement gives them that and, although that often leads to a variety of other reactions, it seems to appease the shoppers when his behaviour may otherwise give them a reason to complain.

When Harry was assessed for Autism, I remember explaining that he could play the piano. He was two and a half years old, and the professional looked at me with those ‘aww you’re one of THOSE mothers’ expression before I showed him a video of him playing twinkle twinkle little star, note perfect on the piano. Granted, Harry was young at the time but even now, people assume him to know or be so much less than he is. In many ways this serves him because he is able to take life at his own pace and when he decides to, as he often does, he will surprise people with a quality or in a moment that they just don’t expect. When I worked in retail I loved to under promise and over deliver. Harry is a walking epitome of this phrase and no-one loves that more than me.

Finally, Harry is a human filter. When I am out and about with him, his presence alone is enough for me to determine who around us are kind, compassionate, eager to learn and love, accepting and generally decent human beings. It’s a quality that I wish I had possessed in my teenage years. It definitely would have prevented some dodgy choices of friendships and partners! Harry also draws the most beautiful of souls to him like a moth to a flame. Considering Harry never initiates friendships and doesn’t contribute much to conversations he has a way of winning people over and making them fall in love with him.

So there we have three ways that Harrys facial disfigurement actually helps him in life. I would never have believed that I would see a positive side when he was first born but just like Harry, life has a way of surprising you in the most wonderful of ways.