More Than a Face. My Story ~ An interview with Ashley Carter 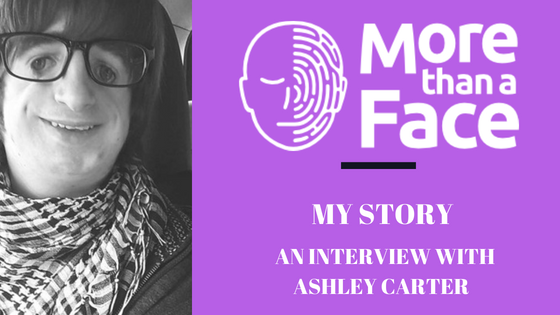 Behind the scenes ~ Ashley has followed our journey on Instagram for quite a while now and we got chatting at the end of 2017 as we share the same passion for raising awareness. He was the first person I thought of to interview for this website as I know how much it means to him to tell his story. I’ll leave the rest to him…

My Story ~ An interview with Ashley Carter

Thanks very much for agreeing to be interviewed for the website. Can you start by letting the readers know your name, age and where you’re based?

My name is Ashley Carter, 17 years of age and from Taunton Somerset.

Thanks. Everyone interviewed on the site has some connection with facial disfigurement / visible differences. Can I first ask which term you tend to use for yourself and what diagnosis you have?

I have a condition called ‘Treacher Collins’ which affects the facial deformities. I tend to use the term facial disfigurement.

And in what way has the condition affected you personally?

So when I was born, I was born with no cheekbones, no ears and a receding jaw which has led me to have 30 operations. 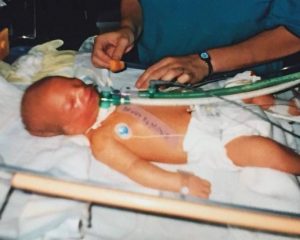 And what have those operations entailed?

And taking each one of those operations at a time what did they hope to achieve?

Jaw distraction was to break my jaw and bring it forward to help me breath and sleep more easily. Cochlear implants were to help me hear and the teeth removal was just a normal operation because of my sweet tooth!

Ah ok…any particular treat that you are partial to?

No. When I was a baby I was on flavoured shakes, cant remember what for but I loved them so much. That’s the reason I have a sweet tooth now.

Ah ok. So cakes and chocolate then? Not a cheese addict like me haha.

So have you always been happy to have the operations or have there been times when you have been worried or hesitant?

To be honest, I always used to refuse to have it done but it was an operation I needed to have done. I always used to fight with the people in theatre, with the face mask and everything.  I was always trying to get out of having the operation done. It was such a worrying time for my family also, watching me get upset.

I can imagine it was hard for you and for your parents too. Going back, can you tell me a bit about your childhood? So you remember feeling ‘different’ at all and did other children treat you differently or ere you just one of the other kids to them? 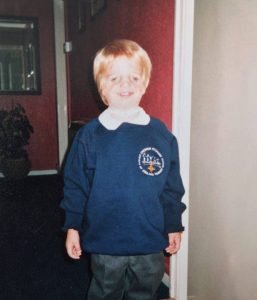 It was hard for us all. I remember childhood very well. I was bullied for my condition. I was called names like troll, ugly. I was pinned up against the wall and chased home once by the two bullies and nearly got hit by a car. I knew I was different to everyone when I started to be bullied.

And what age did that begin?

I was 9 years old

I cant imagine how awful that was for you

It was awful. Even upsetting for my parents to watch my suffer in sadness.

Why do you think it started then? Was it a certain person or just an age where people were noticing things more? Any idea?

I have no clue. I just wanted to have friends. I went there with my ex close mate but when the bullying started he went on their side and started bullying me too but he wasn’t as bad as the two who made me come home everyday upset.

Did anyone try to help? Other children? Teachers?

No, mainly family. Teachers were oblivious.

How could they not know? Was it happening just around play times and at free time? Did you never feel that you could tell them?

I was suffering. I would say something and it would go inone ear and out the bext. There was a time, I was in the classroom in front of everyone getting something (I think it was a pen) and I knocked my knee on the radiator. I was upset and crying. Everyone looked, even the teacher but they just carried on teaching.

So you felt overlooked? Invisible?

Wow that must have been so hard. How did you overcome that feeling? And the bullying too?

After I got chased home my mum went into the school twice and spoke to the headmaster. She explained what had happened and said “If you don’t do anything I will go to the parents myself and sort it out” so then he did something. He moved me into another classroom which to us felt like they weren’t being dealt with.

No, it seems unfair that you were the one moved. But did that make a different for you and your school experience?

Yes. I felt like ‘why should I be punished and not them?’ but I loved my new class and teacher. I felt so supported.

Brilliant. And was schooling better from that point? Were you able to build some good friendships? Was their any friend who sticks out in particular?

Not really. There were all amazing and very supportive

Great. And how was high school?

It was fine. I had a bit of bullying but not much. The odd snigger and that.

Does it ever get easier to deal with those reactions? Do you have a way of coping with them or do you just try to ignore them?

Its hard to ignore but I’ve had to. Now, it doesn’t bother me. They can laugh etc but it isn’t going to bother me.

That’s brilliant. Have you just become more resilient with age? What advice would you give to someone who was struggling with the reactions?

Just to ignore them. We are better human beings. They are just jealous because we look amazing.

I love that positivity! I knowthats something you are keen to share with others. Tell us about the work you are doing to educate and inspire!

Well I’m now raising awareness for bullying and facial disfigurements. I’ve been on Loose Women and the Jeremy Kyle show to raise awareness. It all started with a charity called Fixers who are a charity for young people aged 16-25 who want to fix a certain issue. I did mine on bullying. The campaign video went out on ITV news west country and it went viral. All over the world! Over a million people watched Loose Women when I was on. Over thousands of views for my campaign and the same with Jeremy Kyle. It went amazingly! 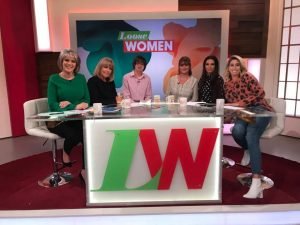 That’s fantastic! And whats the feedback been so far?

The feedback has been amazing. I just want to change peoples perceptions towards those with facial disfigurements. We all should and will be treated the same and with some respect.

I totally agree. Your parents must be so proud of you! What would you say is your biggest achievement so far?

Showing my bullies that I’ve won. I love sharing my campaign on TV. It gives me so much confidence.

Fantastic. And what are your hopes for the future?

My goal is to work in the TV industry, build a youtube channel and also write a book. I want to continue to raise awareness.

I want to travel, I want to have my own TV show like Loose Women. I want a relationship and to have a child and get married.

Don’t take any notice of the people that make fun of you. We are normal people living a normal life. Just because we have a facial disfigurement we are still normal inside and out. If you dream about something GO FOR IT!

And to the friends and family around them?

Please listen to your child. Get surgeries sorted early and don’t leave it too late.

Great. Thanks for much for your time today Ashley. I wish you all the very best with your campaign and future. 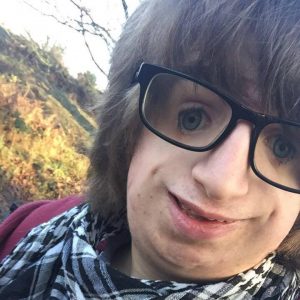