My Story ~ An interview with Catrin Pugh 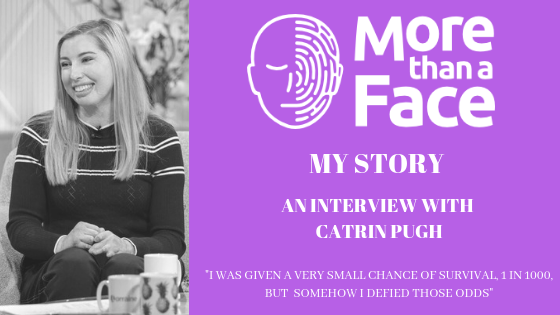 Thanks very much for agreeing to be interviewed for the website. Can you start by letting the readers know your name, age and where you’re based please ?

My name’s Catrin Pugh, I’m 25 years old and currently live in London, but I’m originally from Wrexham in North Wales
Fab. Thanks Catrin. Everyone interviewed on the site has some connection with facial disfigurement / visible difference. Can I first ask which term (if any) you tend to use and what connection you have?

I use visible difference, as I think the term has less negative connotations / impact. I am a 96% burns survivor with scarring all over my face and body.

96%.. just wow! Do you mind explaining what happened ?
When I was 19 I was involved in a road traffic accident in France after working in a ski resort for 5 months. The brakes on the coach that I was traveling home on failed as we turned a mountain-side bend and it lost control. It hit the side of the mountain and exploded.
Unfortunately, I got caught in the flames (wrong place, wrong time) and when a friend realised I was missing it was too late as the damage had already been done. 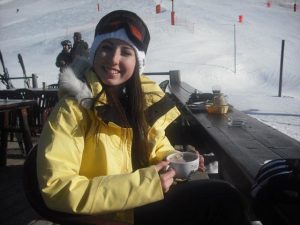 When admitted to hospital I was given a very small chance of survival, 1 in 1000, but somehow I defied those odds. I was flown back to England and put into a medically induced coma for three months. During the coma I had the majority of my skin graft surgeries, fought for my life (almost dying on multiple occasions) and had the most amazing healthcare input that kept me going.
I woke up from the coma to a completely new life. I was covered in scars. I had neurological problems preventing me from speaking, moving and walking. There were tubes everywhere and I couldn’t see a way of getting better.
Eventually, I was moved to the specialist burns unit where I remained for 5 months. This was when my rehabilitation really began and I began to realise just how much my life had and would be forever changed. Hospital as an extremely hard experience but after tears, determination and encouragement I Made it home after eight months in hospital just in time for Christmas 2013. 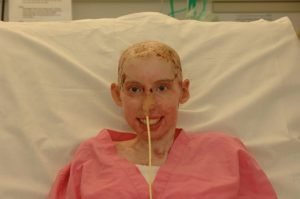 My rehabilitation continued vigorously for the next few years, constantly doing physiotherapy, having surgeries and attending appointments. It felt like it would never end BUT they began to slow down as I improved and felt more confident. Now I can do (almost) everything I could do before, it just might take me a little longer.
Wow!! Thats tragic, awful, amazing and incredible all in one go! How did you cope mentally with the many changes? What got you through it?
I think coping with the ‘new me’ was really difficult at first. Not only did I have these physical difficulties but I looked so different now. I did a lot of crying, a lot of shouting (mainly at my parents, but they’ve forgiven me now haha) and a lot of wondering ‘Why me?’. Learning to cope with a tragedy and change in appearance is different for everyone but it will always take some time and involve feeling up somedays and own on others. I leant on my friends and family for support mainly. When I first went out with my scars on show, I always had someone with me to encourage me and to remind me why my scars were important and something to be proud of.
Eventually, I thought the same things and saw my scars as marks to tell my story and show my strength. I began to feel more confident within all aspects of my life; my physical abilities & my appearance. I realised how important it was to bare my scars to educate others on why it is okay t look different. I also looked to role models on social media that were already challenging the idea of what beauty was. People like Katie Piper and Paralympians who were crashing through barriers no matter what their difference was. Seeing others comfortable with who they are made me more comfortable with who I now am.
I love that you actively sought role models. I think thats such a positive thing to do and no doubt you are now a role model for others now too. Not everyone is as accepting of those who look different though are they? How has your experience been of peoples reactions over time when you are out and about?
Unfortnately, not everyone is open-minded and accepting. Usually, that is because they are ignorant or uneducated. They also may never have met someone that looks different before, which is why I think it’s so important to try and use my confident outlook on living with scars to change people’s ideas and reactions.
Luckily I haven’t had too many negative interactions with people. The worst thing I usually get is staring and people talking about me with their friends, which I am now strong enough to ignore. It used to upset me, but I remind myself that my scars show strength when this happens and draw from that.
I use social media a lot to show pictures of my life with scars and burns and although I sometimes get a few nasty comments about my appearance, 99% of the reactions are positive and supportive. Often people express how it has inspired them to feel good and show off their difference. I hold on to and remember that 99% when I do face criticism or negativity. For me, making a change to one person’s life with each post or walk down the street is worth facing a little negativity along the way.
I think your outlook is fantastic and I know that a rather well known make up brand agree. Would you like to explain a bit about what you are up to?
So as part of my new life, I started working with lots of charities to meet others going through similar things and to join campaigns to make a national and global difference. One of the charities ‘Changing Faces’ fight for equality for anyone with a visible difference. I have been involved in lots of campaigns trying to increase diversity and inclusivity within fashion, beauty, and the media.
I got to have photographs taken by a famous photographer, Rankin. Had clothes designed and walked in London Fashion Week. Appeared in multiple books displaying the beauty in so-called ‘imperfections’. 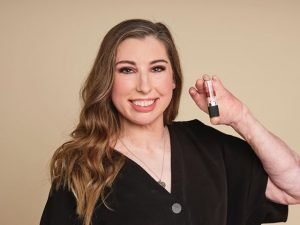 And my most recent campaign was a collaboration between Changing Faces and ‘Avon Cosmetics‘ for their new lipstick range. Avon wanted to ensure that EVERYONE felt represented in their ads, so asked if I’d like to join a group of influencers promoting the makeup. They are the first beauty brand to sign Changing Faces ‘Pledge2BeSeen’, pledging to continue to include models with visible differences in future campaigns.
It is one more step closer to creating a society where everyone feels accepted and important.
Crikey, I want to applaud!!
And to think that none of this would have happened were it not for your accident. Do you believe that things happen for a reason or have you simply made the very best of a situation that simply could have been too much for someone else
I think that when tragedy strikes it can be unimaginable to come out of it the other side happy and smiling. You are stronger than you ever think you can be, and anyone can get through what I’ve been through with the right support and some determination. Wanting to show off my scars and campaign for change is a choice I made because of the personality I have always had. Although life may have been easier if I hadn’t been burnt, it would not be as extraordinary. The opportunities I have and continue to get in the light of the devastation makes going through it a little bit easier. The change and influence I can have on somebody’s future outlook and confidence, changing that life for the better, almost makes going through my accident worthwhile.
I know that you have recently been recognised as the inspiration you are. Can you tell us a little bit more about that and what it meant to you?
The Welsh Woman of the Year Award was an absolute surprise to be nominated for and to win. Surviving a traumatic accident, I have never thought of myself as someone that will win awards for it, simply because I felt like I didn’t have a choice BUT to survive. However my parents always remind me that the choice I made was to thrive and to use my story to empower other people. So the award felt like it was celebrating that, and that is an honour to do everyday. 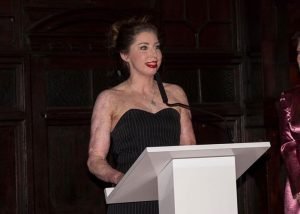 Amazing, and finally, if you could give advice to anyone at the start of a journey like yours has been, what would you say to them?
I think the most important thing to know is that you are strong enough to face anything that comes your way in life. Be willing to fight for life and ask for help and anything is possible. 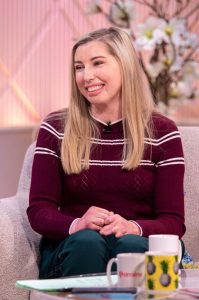 You’re an inspiration! Where can people follow you if they want to support your journey?
The best way to find me is on Instagram and twitter as @CatrinPugh and also follow charities Changing Faces and The Katie Piper Foundation for future campaigns!
Fabulous! Thanks so much and all the very best with your continued campaigns!
If you have enjoyed todays interview, please do visit the website by clicking here to read other inspirational stories!