My Story ~ An interview with Jess Kitching 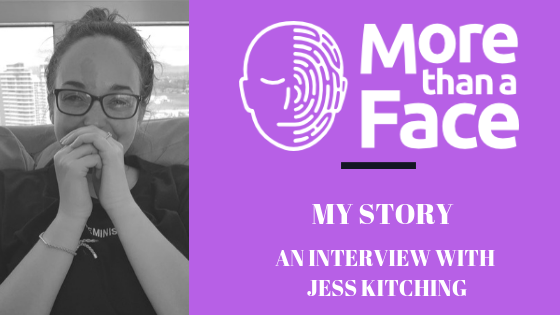 Behind the scenes ~ Jess and I ‘met’ on Twitter where I love her articles and positivity! Over to Jess so you can see why I think shes so fab!

Thanks very much for agreeing to be interviewed for the website. Can you start by letting the readers know your name, age and where you’re based, please?

Thank you for asking me! My name is Jess Kitching and I’m 25 years old. I’m originally from Bradford in the North of England but after years of dreaming about it, I have just moved to Sydney, Australia.

Amazing! I’m not jealous at all! * cries * Everyone interviewed on the site has some connection with facial disfigurement/ visible difference. Can I first ask which term (if any) you tend to use and what connection you have?

I do always feel like I sound a bit smug when I say where I am now – I’m sorry ha! I have a ‘strawberry shaped’ birthmark just slightly off center on my forehead. I’m not really sure of the medical term for my specific type of birthmark, but my family and I affectionately call it my strawberry mark. My mum likes to say it’s where I was kissed by an angel, but I’m not so sure about that one. 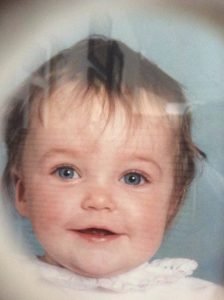 Ah, I love that! It sounds like you had a lot of love around you growing up with a feature that could affect some people’s self-esteem I guess. How were your early years with regard to how you felt about your appearance? And did anyone ever comment?

When I was really young, I never really had any sense of my birthmark or of being ‘different’ – I was simply just Jess. My family never made me feel any different and simply accepted me for who I am and how I look. It was only later on in primary school that comments started. It was a group of older boys who started it, saying that it looked like I’d been burnt with an iron. I couldn’t understand why they felt the need to pick at it. I think the school tried to manage it the best they could, but I don’t think they knew how to talk about a sensitive subject like that. Since then I’ve had a lot of comments. My birthmark has never stopped me from having or making friends and I would never say I was bullied terribly, but it was something people felt they could freely comment on without any consideration for how I would feel. In secondary school, I was either made to feel invisible or the times I was noticed it was to make an unwelcome comment. I’ve been told that I could be pretty if I covered my birthmark up, had coins thrown at my head as ‘target practice’ and told I was the ‘Ugly Jess’ in the year because of it. Even as an adult, I get comments from people asking if I have hit my head, why I don’t cover it up, telling me that I look like I’ve been terrible accidents. I’ve even been told to go on ‘The Undateables’ and ‘Too Ugly For Love’ by strangers. 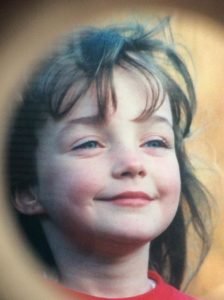 Wow, have they not noticed how gorgeous you are or the handsome fiancé? Although you say you haven’t been bullied terribly, some of those experiences sound pretty awful to me. What were your coping mechanisms?

Jack will love that comment! Thank you, I really appreciate the compliment (I’m usually terrible at taking them – I wait for the punchline, but I’m starting to get better with it). I think because I had a great family around me and a really secure group of friends who never made me feel different or ugly that the mean comments only seemed to go so deep. They hurt, but no one ever let me dwell on them too much. People would point out my eyes or my smile and remind me that for people to be so nasty there is obviously something about their life that makes them so unhappy that they feel the need to say cruel things to someone else. That being said, I used to wear so much makeup to try and cover it. I bought makeup so thick that it was intended to cover tattoos and I used to hide behind that so much. You could still see the birthmark through it, but it wasn’t as strong therefore not as noticeable at first. I also had a fringe cut in a few times (bad move – I do not suit fringes!) just to try and deflect people’s attention away. So as much as the people around me who I loved me tried to build me up, when I was younger I’d say my coping mechanism was simply to hide it any way that I could.

Its interesting that you have mentioned make up as I see camouflage make up mentioned a lot on sites which are aimed to inform and support people with birthmarks etc. What’s your take on it now as an adult day to day and…personal question coming up….has it affected your decisions for wedding make up?

Now I am in such a good place with my birthmark compared to how I used to be. I really think the turning point for me was when I started teaching. The children in my class would ask about my birthmark simply because it was a bit different and something they hadn’t seen before. Their questions came from a place of innocence and wonder rather a nasty comment like I was used to experiencing. I never shied away from answering their questions and as soon as I did, they just accepted it as part of me. One little girl used to touch my head when I worked with her and say things like ‘your patch looks pretty today’. I’d overhear them on the playground telling other children who asked what it was ‘it’s Miss Kitching’s birthmark – isn’t is pretty?’ It was from working with them that I stopped wearing makeup to work – they actually told me off if I ever wore it and said I didn’t need to, which for me was such a big thing to hear! Since going travelling, I have also stopped wearing it most days too. Wearing thick layers was impractical in the heat, but also I found that I just didn’t want to anymore. It’s hard to pinpoint but something just clicked one day. I have a brilliant fiancé, an amazing family and friends who love me and support me no matter what – no one in my life but myself was telling me I wasn’t pretty enough or good enough. And simply I didn’t want to say that to myself anymore. 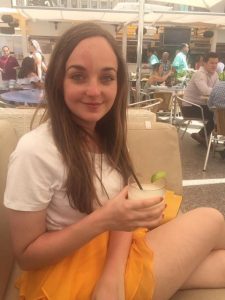 As for wedding makeup, I used to always think I’d ask for the thickest foundation possible and for the photographer to photoshop out how I looked, but now I’m not so sure. If I can stand in front of a class of 30 children and be my make-up free self, why can’t I stand in front of a small collection of closest family and friends without a mask?

* Goosebumps*
I think that’s such an amazing attitude and I love the fact that your pupils were so accepting once they understood. I find the same with my own son. Do you feel that early explanations are important when it comes to the education of differences?

I definitely think that being open and honest with children from a young age about these things is important. They only ever ask questions when they are really young simply because they don’t know. I found as soon as we talked about it and I let them ask what they wanted, it was done with and accepted prejudice free. I think a lot of people shy away from talking about things like this sometimes because they don’t know how to explain it or they are worried about saying something ‘wrong’, but for me I’d rather someone accidentally label my birthmark the wrong kind of birthmark than ignore a question and let someone believe that because of it I am different to them. I felt so lucky to work at a school where we could have discussions like that and incredibly proud of the children I worked with for being so understanding of so many people, but that only came through having those conversations.

I completely agree! So, on that note, if you could go back to yourself as a young child, what would you tell yourself knowing what you know now?

I’d tell myself not to waste so much money on expensive cover-up makeup! In all seriousness, I’d just say ‘listen to your mum – she is right’. Anyone who made me feel different or ugly just simply was not worth my time. I’d tell myself that there would come a day where I’d be walking around with no makeup on, where I wouldn’t instinctively try make myself invisible when I walked into a room and where I’d be in love and accepted completely as I am. I’d tell myself that people will always take a second look and some people will be ignorant enough to make a comment, but that that reflected more on them than it did on me.

Perfect! I know you have a social media presence today. Can you tell me a little more about what you are up to online? 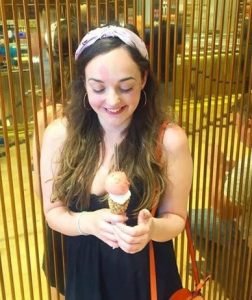 I’ve created a blog called The Good In Every Day which simply does what it says in the title. Writing has always been my passion so I write all of the content myself but it’s all written with the aim of spreading positivity. Each week I interview someone who I admire, who has overcome something in their life or someone who basically uses their social media to spread positivity. I also write articles on issues like loneliness, finding happiness in everyday things and empowering people. There is also a weekly post dedicated to accepting and talking about things that we perceive as ‘flaws’ with the hope that the more they are talked about, the more normalised they will become.

Brilliant! And I know you are on twitter too as that’s where we ‘met’. If people wanted to follow or contact you, what would be the best way?

And I’m so glad we did meet, I’ve really enjoyed doing this! I’m on Instagram as @thegoodineveryday or my personal Instagram that people sometimes chose to connect with me on is @ktching93. There’s also a facebook page for my blog called The Good In Every Day and a Twitter account under the name @kitchingjess

Perfect!! And finally, what are your plans for life in Sydney?

To enjoy it ha! I’m actually taking some time away from teaching to give writing a proper ‘go’ which is really exciting, but in a few months I might decide to go back into teaching because I really do love it

Well, you absolutely have a flair for writing and I have no doubt that Australian schools would snap you up so good luck with it all!! I am not jealous one bit. Nope! Thanks so much for chatting with me

This site uses cookies to store information on your computer. By continuing to use our site, you consent to our cookies. If you are not happy with the use of these cookies, please review our Cookie Policy to learn how they can be disabled. By disabling cookies, some features of the site may not work. Find out more.