My Story ~ An interview with Lars Fischer 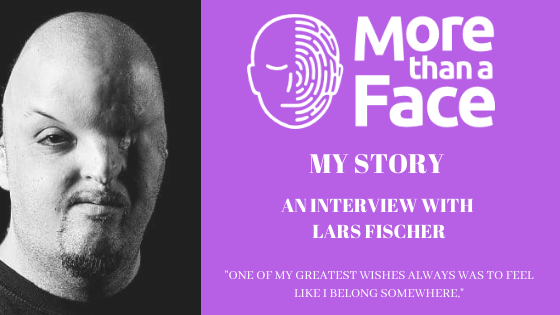 Great, so first of all can you tell my readers what your name, age and location is please?

Hi. OK, My Name is Lars Fischer, I’m 41 years old (people often think I’m younger, though), and currently living in Heidelberg. I was born in Hamburg and moved here a decade ago for my current job.

Thanks Lars, everyone interviewed on the site has some connection with facial disfigurement / visible difference. Can I first ask which term (if any) you tend to use and what connection you have?

I have a severe disability, with a few visible consequences: my left eye is completely missing, my nose is deformed and my face in general is slightly out of shape. I just call it a disability. 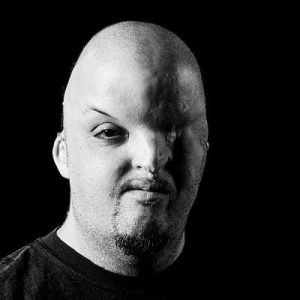 And is there a name of a syndrome etc for your disability ?

Yes, there is. But I am very reluctant to have it on the internet. It would allow people to know more about me than I’m really comfortable with and give rise to speculations I also don’t want to encourage. It is very rare, though, and rarely survivable in the 70s, when I was born. So it appears that almost all people who have it are at least 20 years younger than me.

I totally respect that point of view. Do you mind telling me when you first realised you looked different from others ?

I don’t really know. I remember that I was aware of the problem at a very young age, because I remember the advice of my parents how to deal with it when I was still learning to speak. But it’s all very hazy. I usually avoid remembering any of it and it was long ago.

The thing is, I was different in so many ways that it wasn’t just about looks. I’m nearly deaf as well, and back then there were no hearing aids for children.

They must have been very conscious of preparing you for the future. What were your experiences at school like? We’re there any teachers or friends who were particularly good?

I was always lucky with my friends, and lucky with my teachers as well. It worked out for me because I was good at school and at that point in my life had learned to insulate myself from negative experiences, I think. I stuck with my friends and my books and the things I knew worked for me (like chess, where everybody is at least a bit odd), and could afford to ignore the rest.

One anecdote regarding looks: I have (or had) extremely unruly hair, so no hairstyle would really work for me. My parents finally shaved it off completely. So some friends teased me about having such short hair. Later on, when I was about 7 or 8 I decided to have long hair instead. After that they started teasing me about my unusually long hair. Those I counted as my friends usually didn’t tease me about my disability.

Most of the time I felt nearly normal, at least where the looks were concerned. There were other disabled children around. I wish I could say that my own experiences made me especially kind to them, but that wouldn’t be true.

Your honesty is refreshing! Do you feel that how you looked has shaped the person you are today? If so, how?

Yes, it shaped me in many ways, especially later on, when I coped with my general disability well and the most important difference became my looks. I grew up with the experience of being stared at everywhere, many of my earliest memories are about that. I hated it and hated people in general. I still do, in some ways. 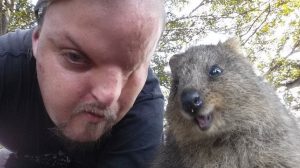 Also, one thing I found out is when dealing with strangers, I often had to be extra good at everything at the first go, otherwise they would write me off as just some helpless cripple. So for me there often were no second chances, I had to get it right or be humiliated.

There were also lots of exceptions to this, people who treated me OK, but it’s the humiliations that stuck. I am a bit of a perfectionist to this day, and on the other hand I have a strong tendency to avoid stuff I am not sure I will be very good at from the start. When I was at University I consciously started working on that tendency, but it still catches up with me.

Also, one of my greatest wishes always was to feel like I belong somewhere, where I don’t experience these small everyday humiliations that come from being different in public, or having a family, so I have somewhere to really come home to. This has never worked out and will not, and the constant disappointment of trying and failing and feeling rejected has made me somewhat bitter about being different. Though I really don’t know how much of that I actually inflicted on myself. Anyway, one positive thing I have learned is the value of being loyal to the people who are on my side, and being kind on general principles. I have been lucky in so many ways, others are not.

I genuinely love your honesty and the ability to self-reflect with such emotional intelligence as it is something many struggle with.

With regards to feeling that you need to get things right first time, how has that affected employment for you?

It’s worked well for me so far. Getting things right first time is not an issue any more, but having a perfectionist tendency helps me a lot in some things. The flip side is that I still have the strong urge to bail out of things I’m not so good at. The truth is, I miserably failed at my first real job as a trained lab assistant, because I’m just not good at wet chemistry lab work. I’m too lazy. This also contributed to the fact that I did not proceed to a PhD at the University, though dropping out with just a diploma later turned out to be one of the best things that ever happened to me. When I started freelance work after university, my tendency to not being satisfied with my stuff on principle meant that I turned out fairly good texts right from the start. Today I’m employed as an editor and doing fairly well in an industry where that is not always easy.

That’s brilliant and as you say, that perfectionism has eventually served you well.

What advice would you give to anyone else who has a visible disability and is struggling at times?

Good question. From my experience the most important thing is to be lucky. I know that’s not very helpful advice. I was born in a wealthy family with parents ready to go the extra mile to make sure I got a chance. Then I turned out to be unusually smart and had access to books early on, I was always lucky with my friends, teachers and mentors and also, I got the right opportunities at the right time. 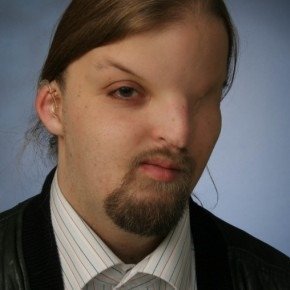 Maybe there are two things I learned: First, it is very important that you are loyal, kind and helpful to people who are on your side. Forget about the rest. It is much easier to deal with stares and humiliation when people are nothing to you. I’m not sure if I should recommend just secretly hating everyone, but it will possibly happen anyway. The second thing is, if you are different, you will never be normal. When you consciously try to be normal, you will always be a bit less than the normal people. So, the other way is to enjoy being different, behave differently, make sure that not all rules apply to you the same way as to everybody else.

Thanks so much for your time today Lars. I wish you the best of luck with everything.